How to tell if you’re vitamin B12 deficient

Vitamin B12 is an essential vitamin that the body needs in order to function properly – but it cannot produce it itself.

It’s primarily found in animal products, meaning that deficiencies in the vitamin are particularly common among vegans and vegetarians.

If not addressed, a vitamin B12 deficiency can lead to a number of physical and mental health problems.

For everything you need to know about vitamin B12, read on…

What is vitamin B12?

Also known as cobalamin, vitamin B12 is needed to perform several important bodily functions, such as supporting the nervous system.

It’s also needed for the production of red blood cells, which carry oxygen round via the protein known as haemoglobin.

Why do you need it?

Together with folate and vitamin B6, vitamin B12 is needed for healthy red blood cells, explains leading Harley Street nutritionist Rhiannon Lambert.

“It is especially needed to prevent anaemia and maintaining a healthy nervous system,” she tells The Independent.

A deficiency can lead to the production of abnormally large red cells, which cannot carry blood around the body as effectively as normal.

According to the NHS, this can then lead to a series of health issues such as extreme tiredness, a lack of energy, mouth ulcers, muscle weakness, disturbed vision and a sore tongue.

It may also affect your mental health, studies have found, leading to problems with memory and judgement and in some cases, depression.

A recent study also found the people with vitamin B12 deficiency had lower than normal mineral bone density, which could lead to an increased risk of osteoporosis.

In severe cases, vitamin B12 deficiency can lead to complications such as temporary infertility, pregnancy complications and heart problems.

It’s particularly important for pregnant women to ensure they have sufficient levels of vitamin B12, as this can be help reduce the risk of birth defects.

“It’s important for vitamin B12 deficiency to be diagnosed and treated as soon as possible,” Lambert adds.

“Although many of the symptoms improve with treatment, some problems caused by the condition can be irreversible if left untreated.

“The longer the condition goes untreated, the higher the chance of permanent damage.”

What can you eat to prevent vitamin B12 deficiency?

Vitamin B12 is found in animal products such as meat, milk, cheese and eggs.

Obviously, this can pose a problem for vegans and vegetarians, or those who simply don’t consume a lot of the aforementioned foods, as they won’t be naturally consuming the vitamin via their diets.

While most nutritionists would recommend taking a supplement containing B12 to combat a deficiency, there are some fortified foods that contain it as well, such as nutritional yeast, Marmite and some breakfast cereals.

Lambert points out that a number of plant-based foods, such as soya, rice milk, oat milk, nut milks, are often fortified with vitamin B12, however, she advises checking the label to ensure a fortified variety is chosen.

What supplements can you take?

In most cases, vitamin B12 deficiency can be prevented or treated via supplementary injections administered by a doctor, or you can take tablets, which you can buy in most pharmacies.

If you choose to take the tablet route, prices may vary depending on where you make your purchase.

What causes vitamin B12 deficiency?

Aside from consuming a diet deprived from animal products, there are a number of other ways a vitamin B12 deficiency can arise.

For example, certain medications such as proton pump inhibitors (used to reduce stomach acid production) and anticonvulsants (taken to treat seizures), can affect how much the body absorbs vitamin B12.

So, even if you’re getting enough either from your diet or via supplements, the body could still be deficient.

How is vitamin B12 deficiency different from anaemia?

The general medical term for having fewer red blood cells than normal is anaemia, though it’s important to note that there are different types of anaemia and not all are related to vitamin B12.

For example, a common form of anaemia is caused by not having enough iron in the body.

This is particularly common among women. 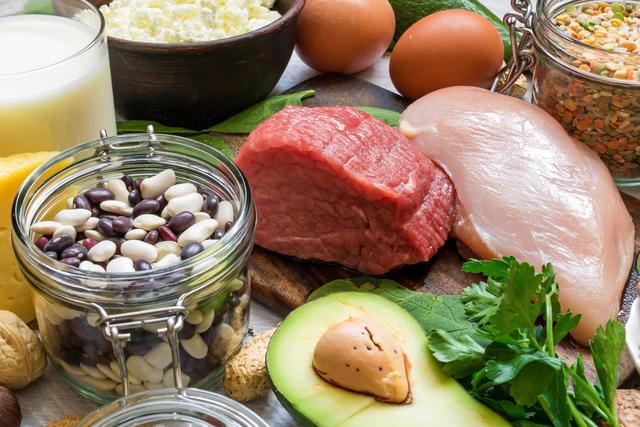