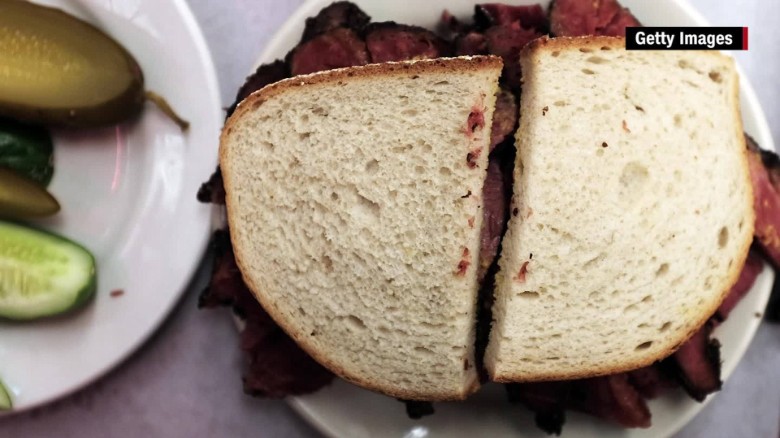 A low-carb or high-carb diet raises your risk of death, a new study suggests, with people eating the food staple in moderation seeing the greatest benefits to their health.

Less than 40% or more than 70% of your energy — or calories — coming from carbohydrates was associated with the greatest risk of mortality. Eating moderate levels between that range offered the best options for a healthy lifespan.

The lowest risk of an early death was seen where carbs made up 50-55% of a person’s diet.

However, the definition of a low-carb diet had some caveats as not all diets were equal.

People on low-carb diets who replaced their carbohydrates with protein and fats from animals, such as with beef, lamb, pork, chicken and cheese, had a greater risk of mortality than those whose protein and fats came from plant sources, such as vegetables, legumes, and nuts.

“We need to look really carefully at what are the healthy compounds in diets that provide protection” said Dr. Sara Seidelmann — a clinical and research fellow in cardiovascular medicine from Brigham and Women’s Hospital in Boston — who led the research.

Seidelmann warned about the widespread popularity of low-carb diets as a weight loss technique, with people giving up foods such as bread, pasta and potatoes.

Although previous studies have shown such diets can be beneficial for short-term weight loss and lower heart risk, the longer-term impact is proving to have more negative consequences, according to the study.

“Our data suggests that animal-based low carbohydrate diets, which are prevalent in North America and Europe, might be associated with shorter overall life span and should be discouraged,” Seidelmann said.

“On an ‘average’ 2,000 kcal-a-day intake, a diet of 30% calories from carbs equates to only 150g a day, with sugars (natural or ‘added’) contributing around 50g of that total. With a mere 100g of complex carb a day to play with, a lower intake of cereals, grains, and starchy vegetables is inevitable,” said Catherine Collins, a dietitian with the UK’s National Health Service, who was not involved in the study.

She added that such diets compromise the essentials of a healthy diet — dietary fiber to prevent constipation, support control of blood sugar and lower blood cholesterol levels.

Government guidelines in countries like the UK already recommend at least a third of the diet should consist of starchy foods.

The findings “will disappoint those who, from professional experience, will continue to defend their low carb cult, but contributes to the overwhelming body of evidence that supports a balanced approach to caloric intake recommended globally by public health bodies,” Collins added.

Are carbs as bad as red meat and cigarettes when it comes to lung cancer?

The team studied more than 15,000 people aged between 45-64 years from diverse socioeconomic backgrounds across four regions of the United States. They then calculated average caloric intake and the proportion of calories coming from different food groups based on questionnaires the participants completed outlining the types of food and drink they consumed, portion sizes and how often they ate. They were then followed up for a median of 25 years, during which time, 6,283 people died.

In addition to the finding an optimal range associated with a lower risk of early death, the team also calculated how many extra years a moderate-carb diet could provide at certain ages.

The results were also combined with seven other studies on carbohydrate intake among people in North American, European and Asian countries, which revealed similar trends in life expectancy.

Seidelmann, a clinical research fellow in Boston, revealed the added risk of replacing carbs with protein and fats from animals instead of plants.

But the researchers recognize that their findings are purely observational at this stage and cannot prove a cause and effect of eating too little or too many carbohydrates. They also highlight that low-carb diets in the West often result in people eating more animal fats and meat, rather than more vegetables, fruit, and grains.

In addition, the findings might be less generalizable to Asian populations where diets are high in carbohydrates, over 60% carbohydrates on average, but people also often consume fish rather than meat, according to the authors.

But experts in the field agree the findings are notable. “Current guidelines have been criticized by those who favor low-carb diets, largely based on short term studies for weight loss or metabolic control in diabetes, but it is vital to consider long-term effects and to examine mortality, as this study did,” said Nita Forouhi, Program Leader of the Nutritional Epidemiology program at the University of Cambridge.

“A really important message from this study is that it is not enough to focus on the nutrients, but whether they are derived from animal or plant sources,” she added.

“When carbohydrate intake is reduced in the diet, there are benefits when this is replaced with plant-origin fat and protein food sources but not when replaced with animal-origin sources such as meats. Many low-carb diet regimes do not make this distinction, but it is important.”