‘Some Evidence’ Cellphones Cause Tumors 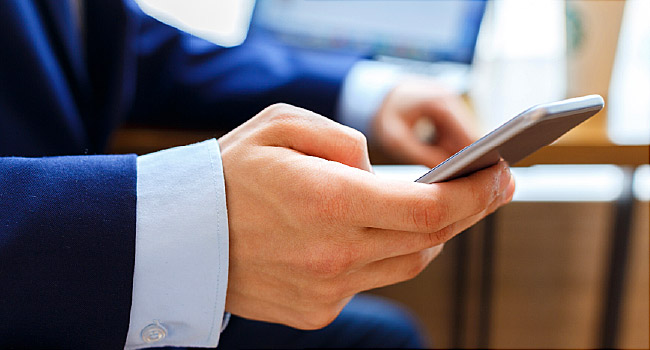 Scientists with the National Toxicology Program say there is some evidence that the radiation from cellphones can increase the chance of having a rare type of nerve tumor, at least in male rats.

What this means for people is still up for debate.

As cellphone use climbs, questions about the safety of these common devices have lingered. About 80% of Americans over the age of 13 have a smartphone, and adults spend an average of nearly 3 hours a day using one, according to a 2017 report from comScore, a data review company.

The tumors that showed up in the rats are called schwannomas. They grew in the hearts of male rats, but not female rats, perhaps because the males’ larger bodies absorbed more radiation than the females, said lead researcher John Bucher, PhD. He is a senior scientist with the National Toxicology Program.

Even though the tumors were in the rats’ hearts, the scientists said the finding was intriguing because previous studies have noted a higher chance of having schwannomas in the inner ears of heavy cellphone users.

In humans, schwannomas are incredibly rare and usually benign.

They were rare in the rats, too. Only 6% of the animals in the most highly exposed group got them.

The studies also found other biological effects. Pups born to exposed rats weighed less than those born to unexposed animals, for example; and they saw evidence of DNA damage in some tissues in some animals, though Bucher said he and his team didn’t fully understand the significance of those results.

In a surprise finding, radiation exposure appeared to have some positive effects. Male rats that were exposed lived longer than those that weren’t. Researchers think that may be because the radiation prevented a kidney disease that’s common in these kinds of rats.

The findings come from a 10-year, $25 million investigation by the National Toxicology Program.

Researchers used a format common in toxicology studies, where they expose living things to more and more amounts of an agent to try to find out two things:

Whether it has any biological effects, If it does, at what dose it creates those effects.
It’s well-known that ionizing radiation — the kind produced by X-rays and atomic bombs — can cause harm.

But scientists haven’t understood whether much weaker non-ionizing radiation — the kind given off by cellphones and microwaves — could cause any damage.

Even the largest and best studies in humans have had important limits that made it difficult to know for sure.

For the study, more than 3,000 male and female rats and mice were housed in specially designed chambers where they could be blasted with the same kinds of radiation that are emitted by mobile phones.

The animals were exposed to the radiation before birth and for as long as 2 years afterward. A 2-year-old rat is about the same biological age as a 70-year-old human.

Bucher called the studies “some of the most comprehensive and technically challenging” that the agency has ever tried.

The doses they tested were higher than the amount people are exposed to during a typical phone call.

Researchers said they tested these extreme doses to try to find out if the radiation could cause any biological effects.

They chose the highest doses of radiation they could expose the animals to without dangerously increasing their body temperatures.

In the end, Bucher said that they did see some biological effects from the radiation, but they still don’t really understand the importance of everything they found.

The studies will be reviewed by scientific experts in March.

Federal agencies like the FDA will then meet to talk about the studies and what they might mean for people.

“I think everybody would classify radiofrequency radiation as a weak carcinogen, if in fact, it is a carcinogen,” he said.

The FDA also weighed in, saying the findings gave it further confidence that cellphones were safe to use.

“Even with frequent daily use by the vast majority of adults, we have not seen an increase in events like brain tumors. Based on this current information, we believe the current safety limits for cellphones are acceptable for protecting the public health,” said Jeffrey Shuren, MD, JD, director of the FDA’s Center for Devices and Radiological Health.

Still, other experts say these new findings, taken together with previous research, point to a need for caution.

“There have been a number of studies that have consistently shown damage to DNA from cellphone radiation,” says Devra Davis, PhD. “Animal testing is done to predict effects in humans.”

Davis is a toxicologist who once reviewed studies for the National Toxicology Program. She now runs the nonprofit Environmental Health Trust in Teton County, WY, which works to educate people about the risks of using cellphones.

She says the fact that the radiation from cellphones can change DNA means that they should be handled with care.

“Distance is your friend with cellphones. Even a short distance away gives you substantially less exposure,” she says. Using the phone with a headset or on speaker is safer, she says.

Davis tells people if they’re going to carry their cellphone next to their body, put it in airplane mode, which drops the radiation.

Parents need to be especially cautious letting kids play with their phone. Kids’ growing tissues are more vulnerable to damage.

“We have to stop thinking of these things as toys and playthings for kids,” she says. “These are bad ideas.”

Lastly, she says the most dangerous time to use a phone is when the signal is weak. Phones are smart, so they’ll boost their energy output to try to connect to a base tower.

“Only use it for a true emergency when the signal is weak,” she says.