Could Your Breakfast Cloud Your Judgment? 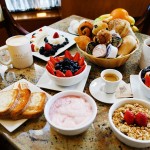 Will that be eggs or cereal? The decisions people make might be partly based on what they had for breakfast that morning, a preliminary study suggests.

In a small experiment, researchers said that people’s decision-making was often influenced by the amount of carbohydrates and protein contained in their breakfast.

Specifically, the study participants were more likely to reject an unfair financial offer if they’d filled up on carbs that morning. But if they’d eaten a lower-carb, higher-protein breakfast, they were more apt to take the money instead of having nothing.

So should you have a bagel, or steak and eggs before a big negotiation? The study can’t answer that, experts said, because the research only found an association and couldn’t prove that a high-carb breakfast caused one to be more wary of unfair financial offers.

It’s also unclear why carbs or protein might influence some people’s decisions.

But the study did point to a potential explanation, according to researcher Soyoung Park, of the University of Luebeck, in Germany.

After the high-carb breakfast, she explained, people tended to have lower levels of an amino acid called tyrosine. Tyrosine is important in producing brain chemicals like dopamine — which is part of the brain’s “reward system.”

And changes in tyrosine correlated with changes in people’s decision-making, Park said.

Researchers who reviewed the study called it “interesting.” But they said it’s unclear what significance the findings might have.

“I doubt we can draw any conclusion on how to best manage our social interactions with food,” said Dr. Luca Giliberto, a neurologist at Northwell Health Neuroscience Institute, in Manhasset, N.Y.

The findings, he said, do align with what’s known about dopamine.

That, in turn, might make a person more accepting of an “unfair decision,” he added.

But the study leaves open many questions, Giliberto said: For one, it’s not clear what people’s usual diets were — which would influence their short-term response to a high- or lower-carb meal.